An amazingly tasty and super easy Biryani. A few tweaks by the team at HelloFresh and it’s now super easy. 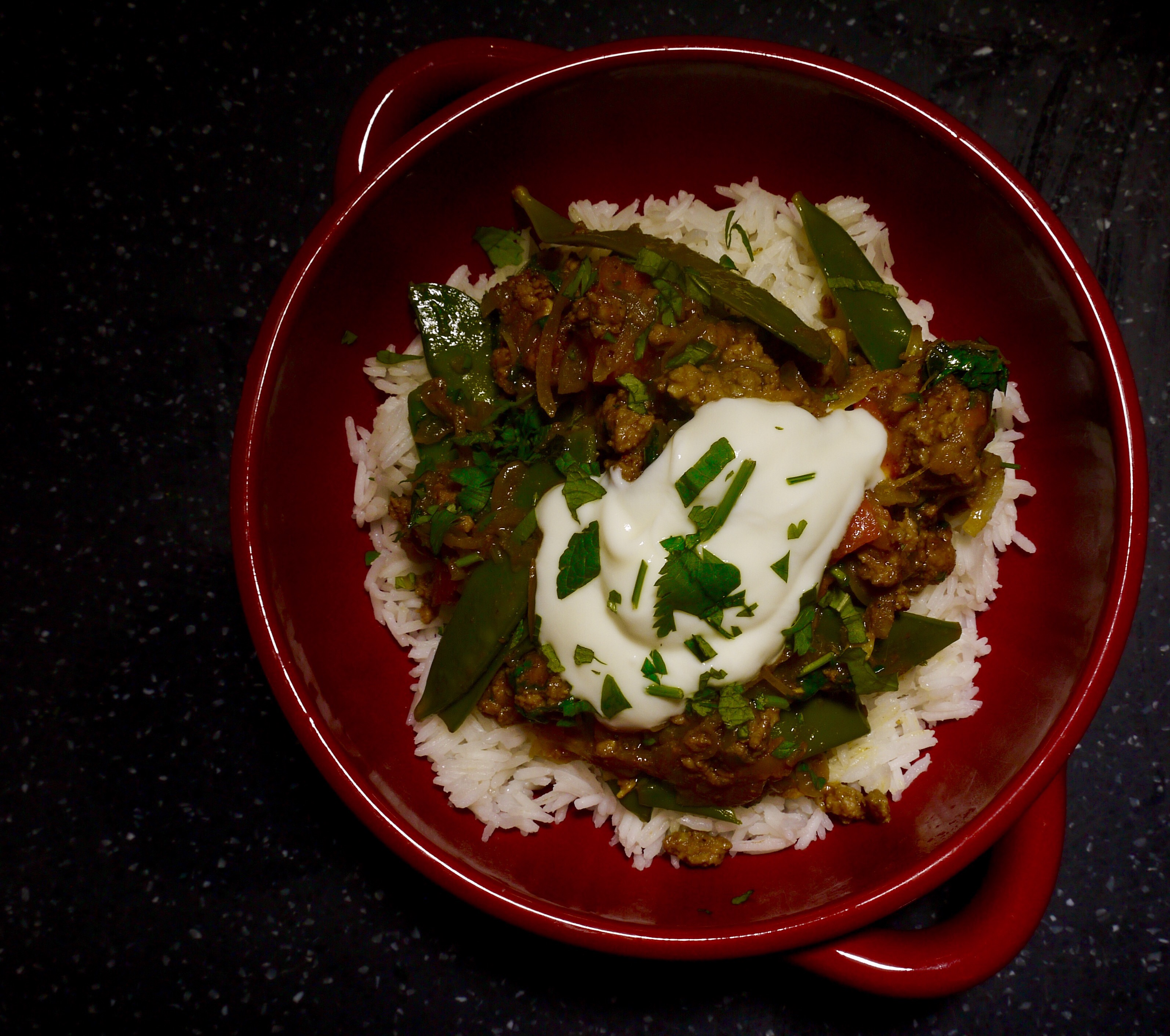 I loved this dish, there was so much flavour. I am sure using chunks of lamb rather than lamb mince would be more traditional and change the whole makeup of the dish. The mince though really imparts that beautiful flavour throughout without being lost amongst the spices and herbs.

An ingredient of note here is the Poudre de Columbo, a fantastic spice mix that originated in india and was taken to the west indies in the 19th century where it became increasingly popular. The defining flavour in this mix is toasted rice, it naturaly thickens the sauce and gives it a unique toasted flavour.

Vine tomatoes and Mange Tout burst through adding a freshness and contrast the heady aromatic spices. Mint and coriander add an extra layer of flavour while the yogurt smooths and calms all the flavours, bringing them together to make a fantastic mid week curry.

This meal is from our HelloFresh box. Check them out here www.hellofresh.co.uk

The Labyrinth of the Spirits – Carlos Ruiz Zafon

I accepted the flask reluctantly “What’s this? It smells like dynamite.”“Nonsense. It’s just a cocktail designed to bring the dead back to life – as well as young boys who feel intimidated by life’s responsibilities. A secret master formula of my own invention, made with firewater and aniseed shaken together with a feisty brandy I […]

The Great Stories are the ones you have heard and want to hear again. The ones you can enter anywhere and inhabit comfortably. They don’t deceive you with thrills and trick endings. They don’t surprise you with the unforseen. They are as familiar as the house you live in. Or the smell of your lover’s […]

A little late but who cares. . . . . . #growyourown #growcookeat2018 #seedling #veggarden #vegetablegarden
Fantastically fresh and tantalisingly tasty. Crisp fresh salad with beetroot and feta. Can’t get enough beetroot at the moment. May make some space in the patch to grow some. Do you grow beetroot? What tips can you give us? #Growcookeat2018 #nothingisordinary #myfab5 #f52grams #dailyfoodfeed #lovefood #eatingfortheinsta #flatlay #spoonfeed #huffposttaste #infatuation #buzzfeast #feedyoursoull #cheatmeal #tastingtable #forkyeah #heresmyfood #eater #eattheworld #foodandwine#foodblogfeed #foodandwine #still_life_gallery l
No fancy ingredients in the house so this is your basic no thrills all flavour burger. #burger
#growcookeat #fresh

MIDWEST FOODIE
Kelly in the Kitch

My Journey Towards Living My Healthiest & Happiest Life Through Nutrition, Fitness & Mindwork